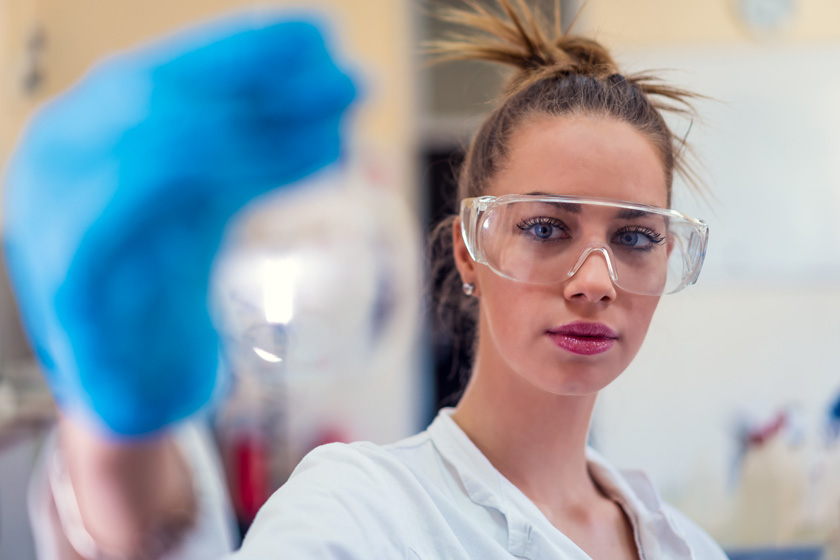 When we hear about “forensics,” we can’t help but think about chilling crime scenes, state-of-the-art labs, and miraculous technology – plus all of the drama that comes with working in conjunction with the justice system. Television shows like CSI that feature groundbreaking technology and incredibly talented detectives and forensic analysts forge the basis for our modern conception of forensic science. In fact, the original CSI television series was so popular, it developed into multiple spinoffs, with new series taking place in different cities across the country. Of course, while nothing, in reality, is quite like what we see on television, there is some truth to the CSI image of forensic science. And just as the television series have made this field of investigation more popular, so too is emerging technology increasing this career field’s importance and demand.

While getting a degree in forensic science does not guarantee you a starring role in any popular television series, it does grant you access to one of several exciting careers. The top six careers choices a forensic scientist might work in include a medical examiner, a crime lab analyst, a crime scene examiner, a forensic engineer, an academic assistant, and a technical assistant. Each of the career opportunities varies widely from the others, yet the same basic set of scientific knowledge is essential for getting started. No matter what are you end up working in, you must remember that your role in the forensics field means that you are using evidence to piece together crimes that have happened in the past – this means that you are working in the justice system, and ultimately your work will help victims, catch criminals, and separate truth from fiction.

Because crimes range from murders to arson to theft to abuse and everything in between, there is no single field of study that can teach all of the facets of forensic science. Forensic science is really the combination of an array of scientific fields, combined with other areas of study such as justice, criminology, and psychology. To name a few fields of study that might be part of a forensics degree: criminology, chemistry, biology, anthropology, geology, textiles, psychology, statistics, philosophy, engineering, communication, and crime scene and soil sciences. Each of these fields has multiple courses of study within them. This may seem like an overwhelming list, but remember that forensic scientists are known for learning something about everything and everything about something, meaning that they know a little about each of these fields but ultimately specialize in one particular avenue of scientific application.

Perhaps the most important thing to remember about forensic science is that you are not out to catch the bad guys or save the good guys. While these are important tasks and ultimately the results of good work, the real goal of the forensic scientist is to determine truth, no matter if that truth helps the defense or the prosecution. The most common jobs for forensic scientists are held within governmental agencies, such as the police force, the medical examiner’s office, or as part of a legal team. Forensic analysts might also find work in a private lab that gets contracted for police service or acts as an impartial third party to evidence disputes. Even corporations might hire or contract out forensic scientists to investigate the legitimacy of certain workers’, customers’, or competitors’ claims.

As the technology for forensic science expands, so do the job opportunities in this exciting field. Although your career may not turn out exactly like what you see on television, you will still be enthralled at the amazing capacity for mankind to commit crime creatively, and for their ability to leave behind evidence that can determine their guilt or innocence. All the forensic science schools can be found below either via campus-based or online. Find the perfect fit for you today!